Because I Said So, Dammit 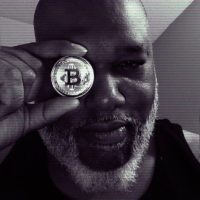 © Don Miskel. Unauthorized use and/or duplication of this material without express and written permission from this blog’s author and/or owner is strictly prohibited. Excerpts and links may be used, provided that full and clear credit is given to Don Miskel with appropriate and specific direction to the original content.

Writing is one of the greatest, most rewarding hu$tles. There, I said it. Oh, you’d like some explanation for my claim, huh? Well, alright.

Brandywine–The Chicago Trilogy marks my second official toss into the ring as a solo project. I released my first novel, Dead Assets, marking the world’s sudden fascination with flesh-eating zombies–literature that is an acquired taste, to be sure. That was over seven years ago. In-between, I had stories published in anthologies as a way to continue growing and improving as a writer. Of course, maintaining a blog is a great way to remain sharp, as well.

Though it’s debated whether or not William Shakespeare was a real person or an invented figurehead representing several playwrights, everyone knows his name. Given the choice between the two, I tend to lean more toward the works of Edgar Allan Poe. That’s the equivalent of saying I prefer the Rolling Stones and wonder what all the hype placed on the Beatles is about. I respect the seeming omnipresence of McCartney & Co., just as I must reluctantly take off my hat to ol’ Bill Shakespeare. Here’s the thing: those writers and musical groups will be known for hundreds of years. Doctorate theses have and will continue to be written about their contribution to popular culture.

…And it all began with a single idea.

Remember when you were a kid? Without the distractions of having to work several jobs to financially support a household and maintain a certain quality of life, most of us were able to exercise our imaginations. After chores were done, on a nice summer day, we might be able to simply stare at clouds or convert an empty box into all sorts of things: a clubhouse, pirate ship, fort, grocery store, or, once the thing had been completely broken down and flattened out, maybe a breakdance mat. Seemed we had all the time in the world to live within our dreams to a certain extent.

As the years march on and our levels of responsibility keep us caught up in another headspace, we lose the imagination and awe of childhood. Taking a bit of time for yourself may look like enjoying a few beers while rooting for your favorite sports team to stomp out rival franchises. Rarely do we allow ourselves to actually imagine.

Everyone has a story to tell. I am often approached by people who have a book they’ve been wanting to write for years but never had the courage to do so. I say that, on a dare, each aspiring author should dip his or her toe into the water. Not only can the process be cathartic and rewarding, but it could also generate passive income while helping create a legacy.

As an elementary school student, we were visited by Harry Mark Petrakis, who was a published author. I could go in-depth about the magic of that experience, but I’ll save it for another post. Let’s just say I was enamored. And, though Mr. Petrakis had nowhere near the clout of household names like Stephen King and J. K. Rowling, he was the one who inadvertently made me believe having my stories see the light of day was actually an attainable feat.

Fast-forward about a gazillion years and we’re now more than two decades into the Information Age. YouTube is a thing and sites like BookBaby and Amazon offer the ability to self-publish as many stories and books on any subject as your little heart desires.

To me, that’s like two things: (1) being a little kid who’s been told he has to come in when the sun goes down–but he’s in a world where there’s constant daylight; and (2) more literally, it’s like being able to print your own money.

But guess what? I’ll bet most folks reading this blog won’t step out on faith and take one of the books they’ve had running rampant in their dreams for decades from imagination to published. (I’m saying this because I want to stir something up in you that makes you prove me wrong!)

Gone are the days of the starving artist and the concept of unnecessarily suffering for your art. Don’t quit your day job and write your stories during those pockets of time where you might otherwise fuck off. I’m going to give two examples of time you could be using to write: (1) when you’re sitting in front of the television, flipping channels, bored off your ass; (2) when you find yourself at an event you didn’t want to attend, with people you don’t like, doing something you’d rather not be. I’m sure you can come up with more pockets that can be used to put your vision on paper.

I mentioned Stephen King, who is one of the most consistent authors of our time. That’s not to say everything he writes is a masterpiece but I will dare you to name a single year in which a TV show, limited series, or movie does not hit the screen. And that’s not to mention the man CONTINUES to release novels, anthologies, etc. Two things about King: (1) he spent a GOOD portion of his life financially broke before his first novel got notice; (2) the man’s work will still be adapted and his name, like Shakespeare’s, will still be spoken hundreds of years from now.

You have the opportunity to create a similar legacy. Start by committing to maintaining a blog. It’s free to start and you have free range to write whatever you’d like. I encourage you to check out two sites: (1) Joy the Lit Diva’s (http://litdiva.com) and (2) J. A. Konrath’s (http://jakonrath.blogspot.com/). Both will give you some serious direction and allow you to hash out some options.

I could go on and on but I won’t. You’re either going to do it or you won’t. Just keep this in mind: you only have to write a book once to continue to make money off of it.

Reflections of a Christian Man, Husband, Father and Pastor

Blogging My Way to a Better Life

the writings, musings, and photography of a dream smith

The Writing of Kerry E.B. Black

A blog from the heart, to mess with the head.

Fiction authors and their shorts

Put A Wedge In It!

There in no on way to love with Author Katrina Gurl

Just me being me...you ready?

The Musings of Debbie Manber Kupfer

A collection at random